A modern fairytale wedding in a majestic Irish castle… 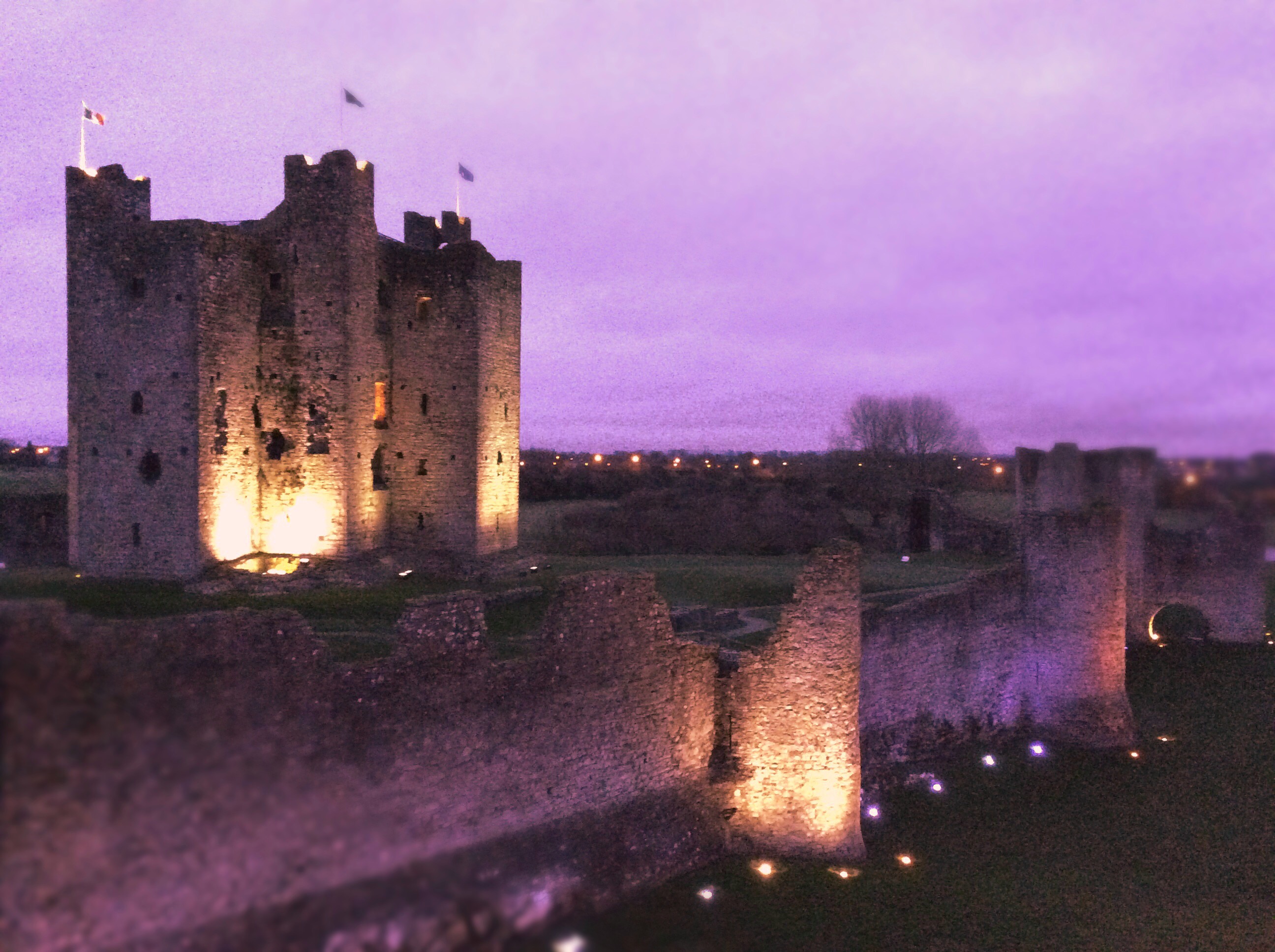 It was a pleasure to perform at Holly and David’s fairytale wedding at Trim Castle Hotel in County Meath today! The Great Hall was the perfect venue for their ceremony with its spectacular views of the castle grounds, and it was later transformed into a stunning fairylit banquet room for their wedding meal. Holly had some very unique requests in store for me including a beautiful modern arrangement of the traditional Bridal March for her entrance. Written by Jonathan Cain (who found fame with 80s rock band Journey), this version adds a new dimension to the distinctive melody composed by Richard Wagner in 1850. Cain’s contemporary style brings a delicate romantic sound to this vintage classic and the result is extraordinary – once heard, never forgotten! Holly and David also incorporated a Disney theme throughout their wedding, choosing to feature some of their favourite songs during the day and also adding a few special touches around the room such as a Beauty And The Beast inspired ‘Enchanted Rose’! I loved their choice of music for the Signing and it is undoubtedly one of the best Disney duets ever written – A Whole New World – from the film Aladdin. Then for their triumphant exit, they had a dramatic finale in store for their guests! They walked out to a celebratory Disneyland parade song called Magic Everywhere and when you listen to it below, you’ll understand why they decided to use the original track rather than a piano version! They really loved the lyrics, so this was an important factor for them, but even apart from the vocal line, the song is comprised of so many layers, it would have been impossible to replicate on any solo instrument. And as much as I love a challenge, I knew I could not do justice to this song! So I played the track via my sound system on the day and it was a fantastic feel-good song to start their celebrations! Then after the ceremony was over, I relocated to the Castle View Suite where everyone could enjoy more live music throughout the afternoon! Of course there were plenty more Disney songs in my playlist, including tunes from The Lion King, Beauty And The Beast, Snow White And The Seven Dwarfs, Pocahontas, Pinocchio, The Jungle Book, Toy Story and Frozen to name but a few! Really loved being part of Holly and David’s special day and it was definitely a magical and memorable start to married life! Wishing this wonderful couple a fantastic future together and the happiest of happily ever afters!

A Whole New World – from Aladdin

Thank you so much for playing at our wedding. We were delighted with your service and your wonderful music. Thanks again for everything.

Just a little note to say thank you so much for the beautiful music you provided for our wedding! It really made our day! You have such a wonderful talent so once again thank you!

Roberta and TomBallygally Castle Hotel, Larne
Thank you once again for playing your beautiful music at our wedding. The guests thoroughly enjoyed as did us when we got the chance. You are an amazing pianist so unassuming, humble. We cannot express our thanks enough and would have no hesitancy in recommending you to anyone.

Alyson is one of the best pianists on the circuit and I have encountered her several times. Always a pleasure to meet her and listen to her music. I highly recommend her for any event.

Wow what beautiful wedding music you made for us! Everyone complimented us about it! We are so pleased to have met you and got to spend time chatting with you. We are very grateful for your kindness and such a warm and friendly approach. Thank you, thank you, thank you!

Just wanted to send you a little message to say thank you for playing the piano for our wedding. We have had so many lovely messages, it created the perfect atmosphere! So lovely to finally meet you on Wednesday and thank you once again.

We booked Alyson for our wedding on 30th October 2019 in Corick House for both our ceremony and reception drinks. From the moment we booked, Alyson could not do enough to help us. You were able to create the most special moment for us and one we’ll cherish forever when you completed a beautiful composition of our two favourite songs for when I walked down the aisle which had Chris and everyone else in tears. You were so professional and helpful, sending us all of our chosen songs in advance so we could be sure of what we wanted. Even when I asked for a song you had not tried before, you did not simply play from sheet music but edited it so it would be perfect for our day. Everyone remarked on your performance throughout the day and we both cannot wait to hear it again in our wedding video where we’ll definitely include your recordings throughout. It made our day even more special and we both cannot thank you enough! Definitely recommend hiring Alyson for any occasion!

Booked Alyson approximately 6 weeks before my wedding as my original pianist was unable to attend. I couldn’t be happier with my choice and feel that we got the best deal out of a stressful situation! Alyson quickly reassured us that she could play any piece we wanted and in fact arranged a Tchaikovsky waltz specifically for us as well as two more popular pieces. The music was commented on by guests who all agree that it was beautiful and having her play through the drinks reception made for a lovely atmosphere. I would definitely recommend Alyson.